It hasn’t been the best week for Arsenal’s Olivier Giroud, after the Frenchman was forced to apologise to his family, teammates and even boss Arsene Wenger for being caught cheating on his wife with “glamour model” Celia Kay.

The Sun newspaper broke the story, running with this image of Giroud in the team hotel in some very skimpy underwear: 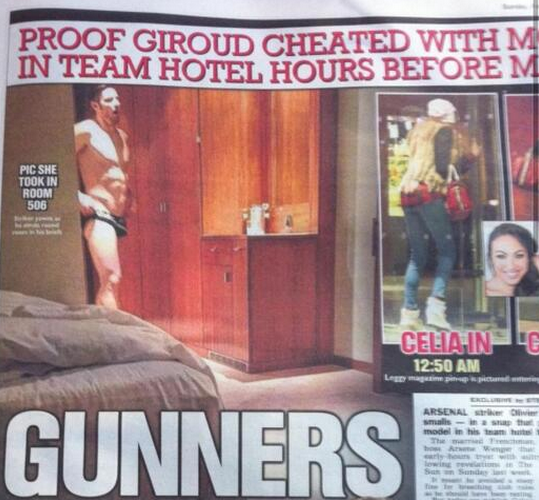 At least it looks as if some of Giroud’s teammates have forgiven him, after Gunners centre half Per Mertesacker was pictured in training mocking the Frenchman.

Is THIS what Mertesacker’s taking the mick of? http://t.co/SC2NzEm09l pic.twitter.com/2SUCIbEtVl