Gunners forward is surely leaving the club this January.

Arsenal forward Lukas Podolski has hinted strongly at an imminent exit from the club with a sly dig at his manager Arsene Wenger in a recent Instagram post.

The German international uploaded a picture of himself out in the rain enjoying a day out with his family, with one of his many hash tags reading: #BreakFromTheBench. 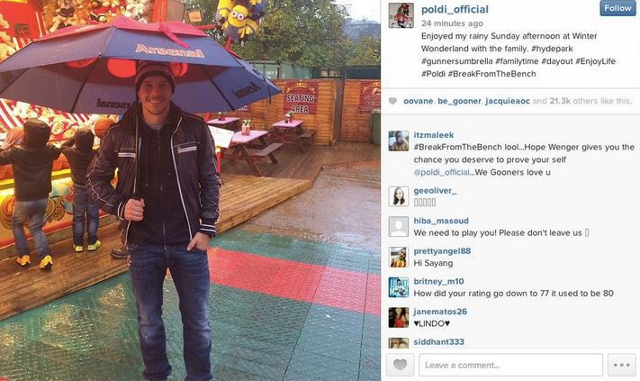 Podolski has not been a regular for the Gunners this season and seems likely to move on in a bid to gain more playing time.