Arsenal starlet may be earning himself some heavy praise for his performances this season, but if it suddenly all goes wrong for him at the Emirates he can at least fall back on a career in track sprinting.

In recent speed trials, the 20-year-old clocked up an eye wateringly fast time that proves he is quicker than the world’s quickest man, Usain Bolt.

Bellerin clocked up a split time of 4.42 seconds compared to Bolt’s 4.64s, which means that he would have been two metres ahead of the Jamaican athlete at the 40m mark when he ran to set the world record.

Despite this, though, that does not mean that the Spaniard would managed to do Bolt for pace in an actual 100m sprint race, but it does serve to show how fast the right-back actually is. 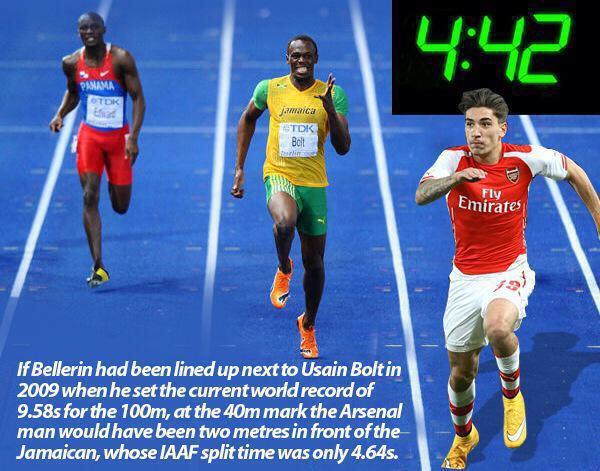