Arsenal right-back Carl Jenkinson has been confirmed as joining West Ham United on loan for the 2014/15 season, and has been pictured in his new colours.

The 22-year-old is known to be a diehard Arsenal fan, but will have to temporarily switch his loyalties to the Hammers as he looks to gain some regular first-team football at Upton Park.

Having fallen behind new signings Mathieu Debuchy and Calum Chambers in the pecking order for the right-back spot, Jenkinson has become Sam Allardyce’s sixth signing of the summer. 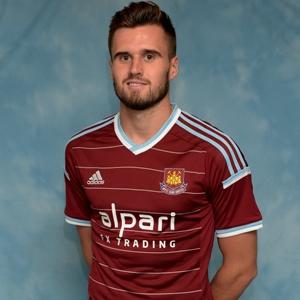