Check in to Arsenal vs Manchester City

Arsenal have unveiled their new Premier League team photo for the 2014/15 season. 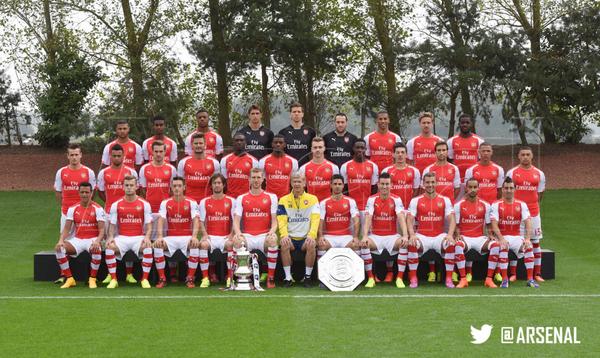 Thirty players made the cut into the final picture, including new signings Danny Welbeck, Alexis Sanchez and Calum Chambers alongside manager Arsene Wenger and the FA Cup.

Sanchez looks to be less than impressed by the British weather, while Lukas Podolski looks happy as Larry despite not being guaranteed a spot in the starting XI.

Also, as a possible little dig at referee Andre Mariner, Kieran Gibbs and Alex Oxlade-Chamberlain stood next to each other.