Arsenal’s link with Toulouse star strengthens as the young Frenchman poses in a Gunners’ shirt on holiday.

Arsenal have long been linked with the signing of Toulouse FC right back Serge Aurier, and that could now be close to coming to fruition after the young Frenchman posed in a Gunners shirt on holiday.

The 20 year-old defender was regularly linked with a switch to the north London side as a direct replacement for Bacary Sagna in January, with the veteran France international having just a year remaining on his contract.

Already believed to be Sagna’s heir for les Bleus, Aurier could also succeed the 30 year-old at club level.

The image can be viewed at on Aurier’s Twitter page. 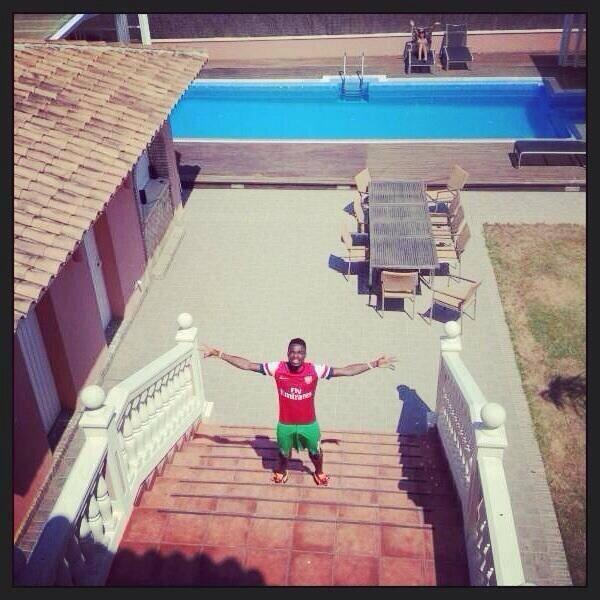