Campbell, Flamini and Pires were all hanging out together at the Gunners training ground.

There was a pleasing moment for Arsenal fans as club legends Sol Campbell and Robert Pires enjoyed a moment at the side’s training ground with Mathieu Flamini.

The trio did actually play together at the Gunners between 2004 and 2006 and Flamini has since enjoyed a four-year spell at AC Milan, before coming back to north London this summer.

Between the three men they have seven FA Cup winners medals and four Premier League triumphs. 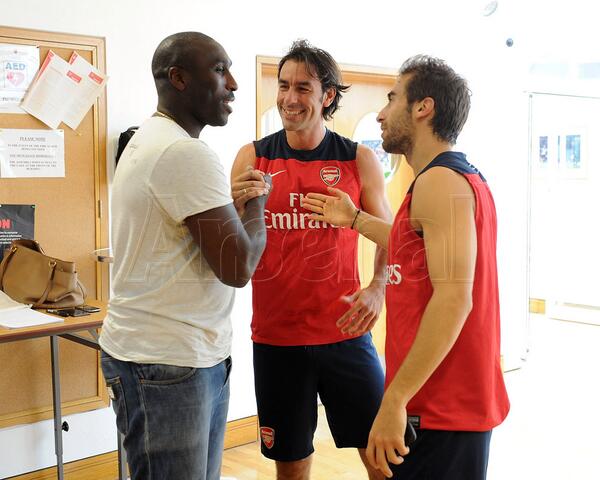