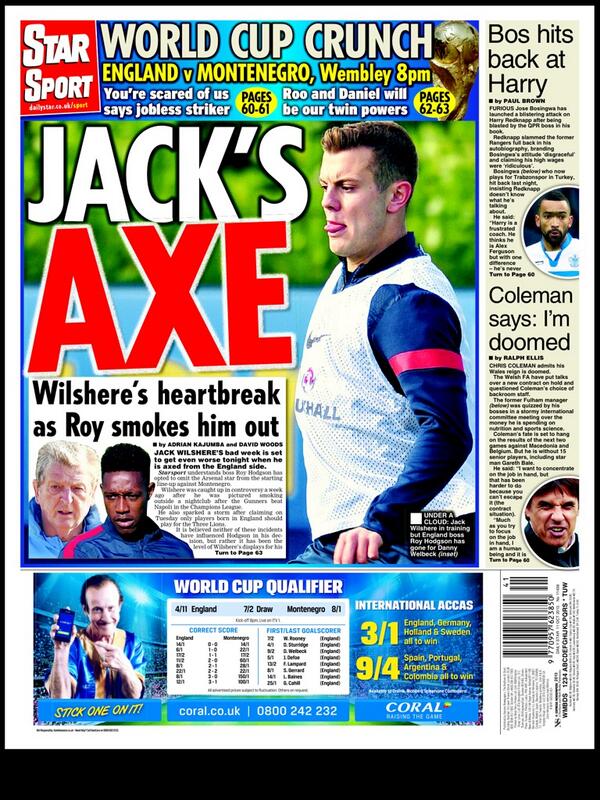 Arsenal’s Jack Wilshere is set to be dropped for England’s crunch World Cup qualifier with Montenegro at Wembley tonight.

The Daily Star and The Sun both claim that the Arsenal star will not start the match, with Roy Hodgson set to pair Steven Gerrard and Frank Lampard in centre midfield – with James Milner and Danny Welbeck providing width.

Wilshere, 21, has endured a turbulent week after first being caught smoking outside a nightclub, before inadvertently sparking a debate on national identity when asked about the possibility of Belgian-born Manchester United starlet Adnan Januzaj representing England.

But it is the playmaker’s performances on the pitch that have reportedly concerned Hodgson and the former Liverpool looks set to opt for the controversial pairing of Gerrard and Lampard.