Gunners stars looking relaxed on board plane to Germany.

Arsenal star Danny Welbeck was looking relaxed on the flight to Germany on Monday afternoon as the squad prepare for their Champions League clash against Borussia Dortmund.

The Gunners get their 2014-15 European campaign underway against Jurgen Klopp’s side on Tuesday night and will be eager to repeat the surprise 1-0 win they recorded last season.

But Arsene Wenger insisted in the Daily Star that this time the club would learn from their mistakes to ensure that another defeat would not be on the cards.

“It is the only concern I have,” he admitted when asked about City’s late leveller. “We could not kill the game off. We got a blow at 2-2 and we were closer to losing.

“It was unbelievable. We switched off. Was it psychological from Debuchy’s injury? We did not look the same team, we looked lost.” 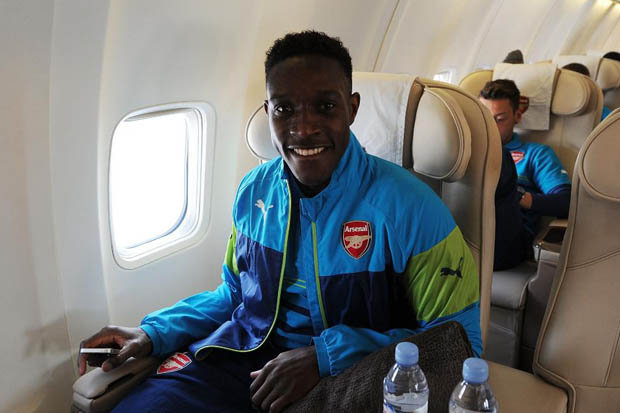