The Gunners boss proves a hit in the far-east.

During Arsenal’s current tour of Vietnam manager Arsene Wenger takes some time out of coaching the side to chat to Vietnamese Football Federation chairman Le Hung Dung.

Despite having just thrashed the national team 7-1 in Hannoi – with a hat-trick from striker Olivier Giroud – the chairman had no hard feelings and gave a thumbs up to Wenger.

The Gunners are preparing to end an eight year trophy drought at the Emirates Stadium in the 2013/14 season, with the Frenchman being given a £70m transfer kitty to spend this summer in order to do so. 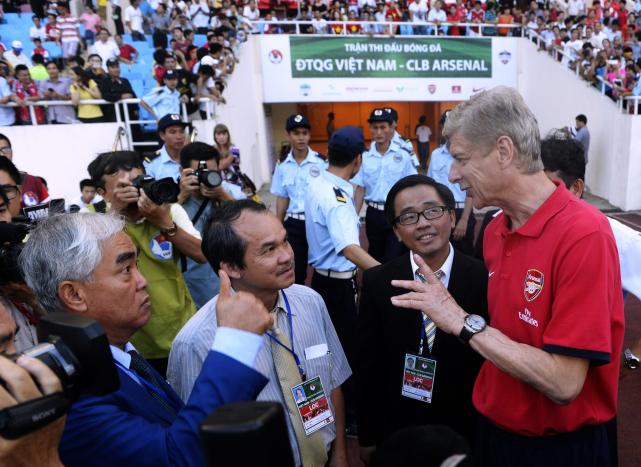