Wenger is joined by Henry and the former Juventus star at the Emirates.

Yet that’s exactly what has happened before the Gunners’ Premier League clash with Everton at the Emirates Stadium. 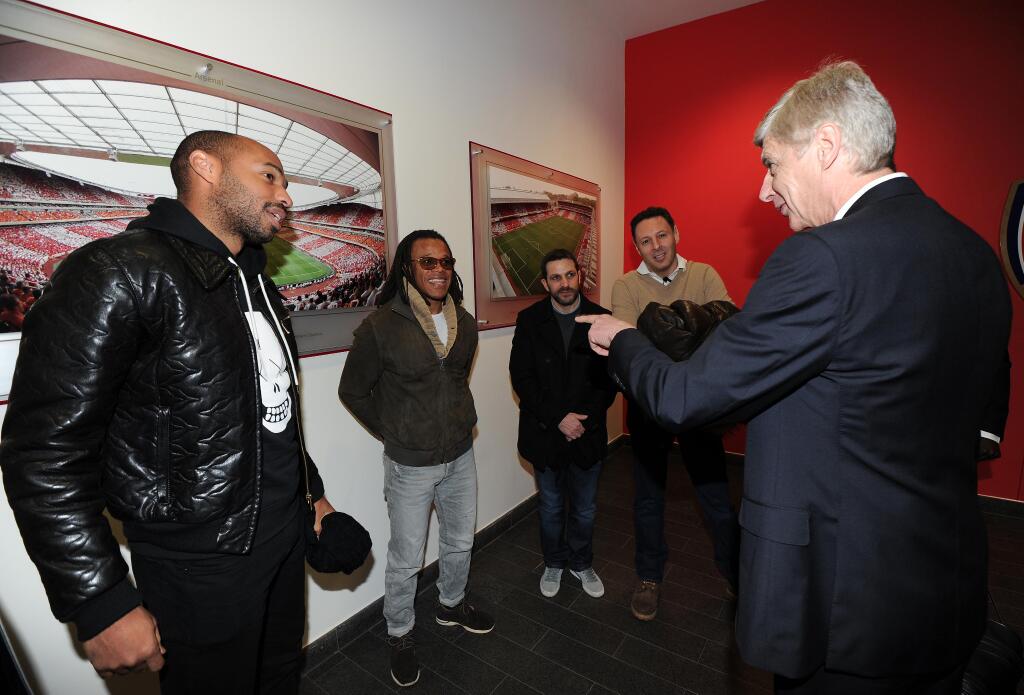