Alexis Sanchez believes Arsenal may already have the next Thierry Henry at the club, with the Chilean giving high praise to 19-year-old star Chupa Akpom, reports Caught Offside.


Arsenal’s £35m summer signing has been in fantastic form this season, and for a player of his quality to recognise the talent of Akpom must be a huge boost to the youngster.

The England youth international uploaded a snap on Instagram after a recent training session, showing off his new found friendship with the former Barcelona star. 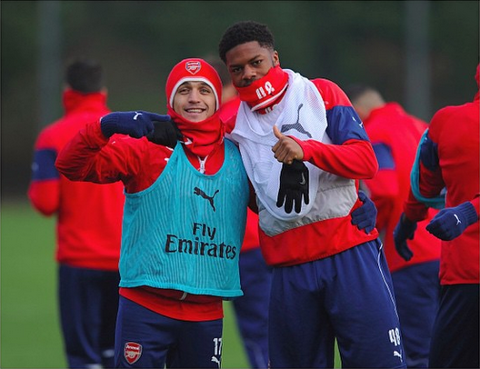 The caption attached to the picture read, “Training this morning with Lexis! he calls me ” Titi ” (Thierry) funny guy lool”.

Akpom has made just two first team appearances so far this season, but there are clearly high hopes for him at the Emirates.