For all the flak that Arsenal’s Mesut Ozil has been getting this season, you’d think that he was a bargain basement buy rather than a £42.5m record signing.

However, since his return from injury he has sought to prove his doubters wrong with a string of fine performances that suggest he is finally ready to live up to his price tag.

And as the graphic below points out, he has actually been playing a lot better than some fans recognise. So much so that he has even overtaken Liverpool golden boy Philippe Coutinho in terms of goals, assists and completed passes.

Not only that, but he has bested the Brazilian playmaker in total passes, key passes, chances created and successful passes. 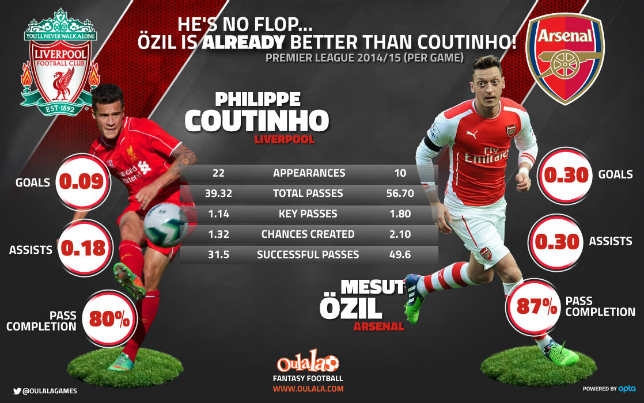