The north London club’s tour of the far-east goes down very well.

Arsenal were welcomed in style during their tour of Vietnam with fans from the country showing their love of Arsene Wenger, Lukas Podolski, Theo Walcott and the rest of the stars.

Goooood Morning Vietnam 😉 like this traditional style..three next cool days of #ArsenalTour2013 to come… #Poldi pic.twitter.com/Q0RuFA47us

The German international was one of many Gunners players that embraced the Vietnamese culture and coupled pre-season training with some good, clean fun!

Walcott and goalkeeper Wojniech Szczesny were among a host of the Arsenal squad that also donned traditional head-wear from Vietnam, whilst supporters showed their ‘unique’ admiration for the manager. 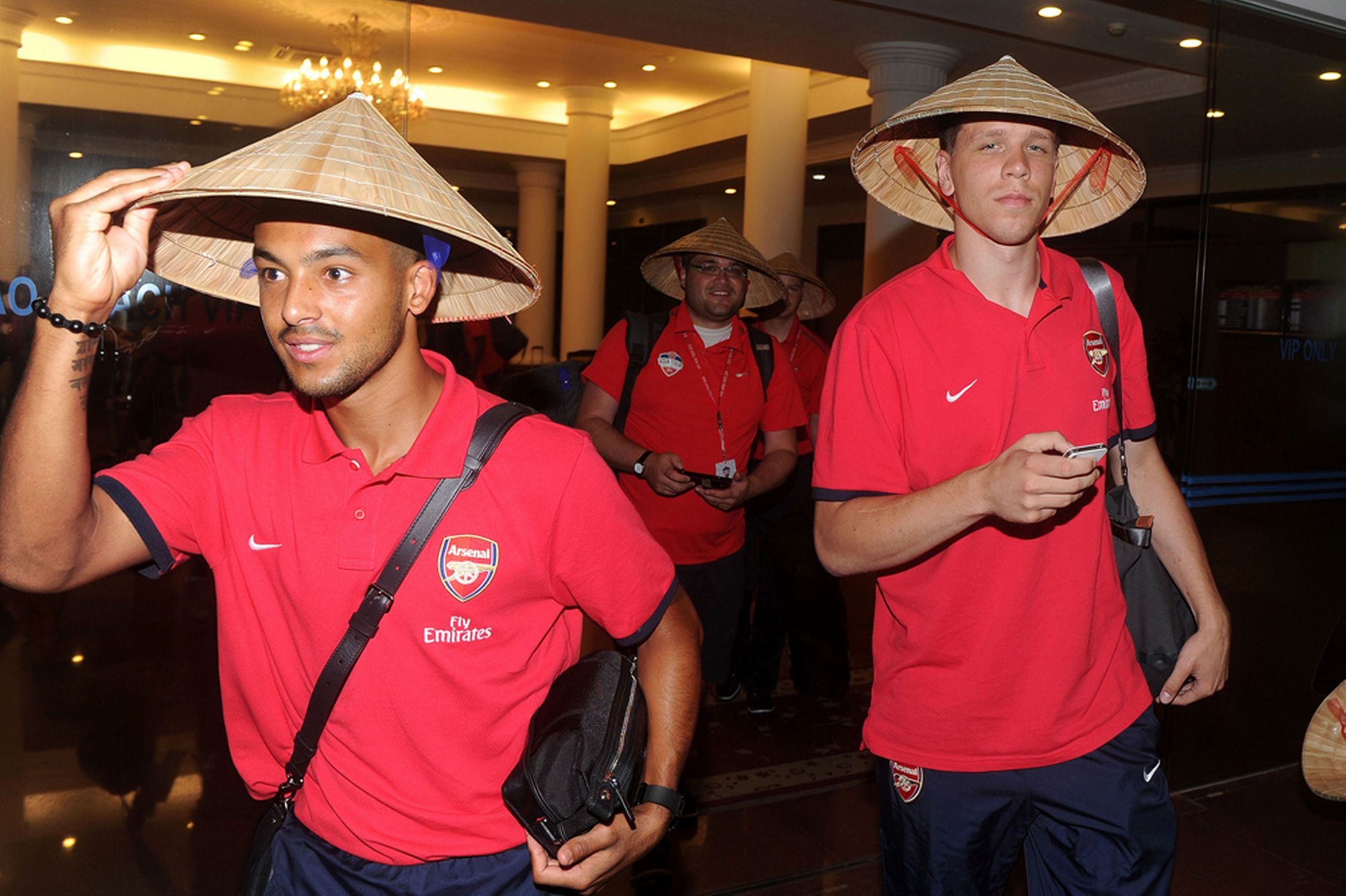 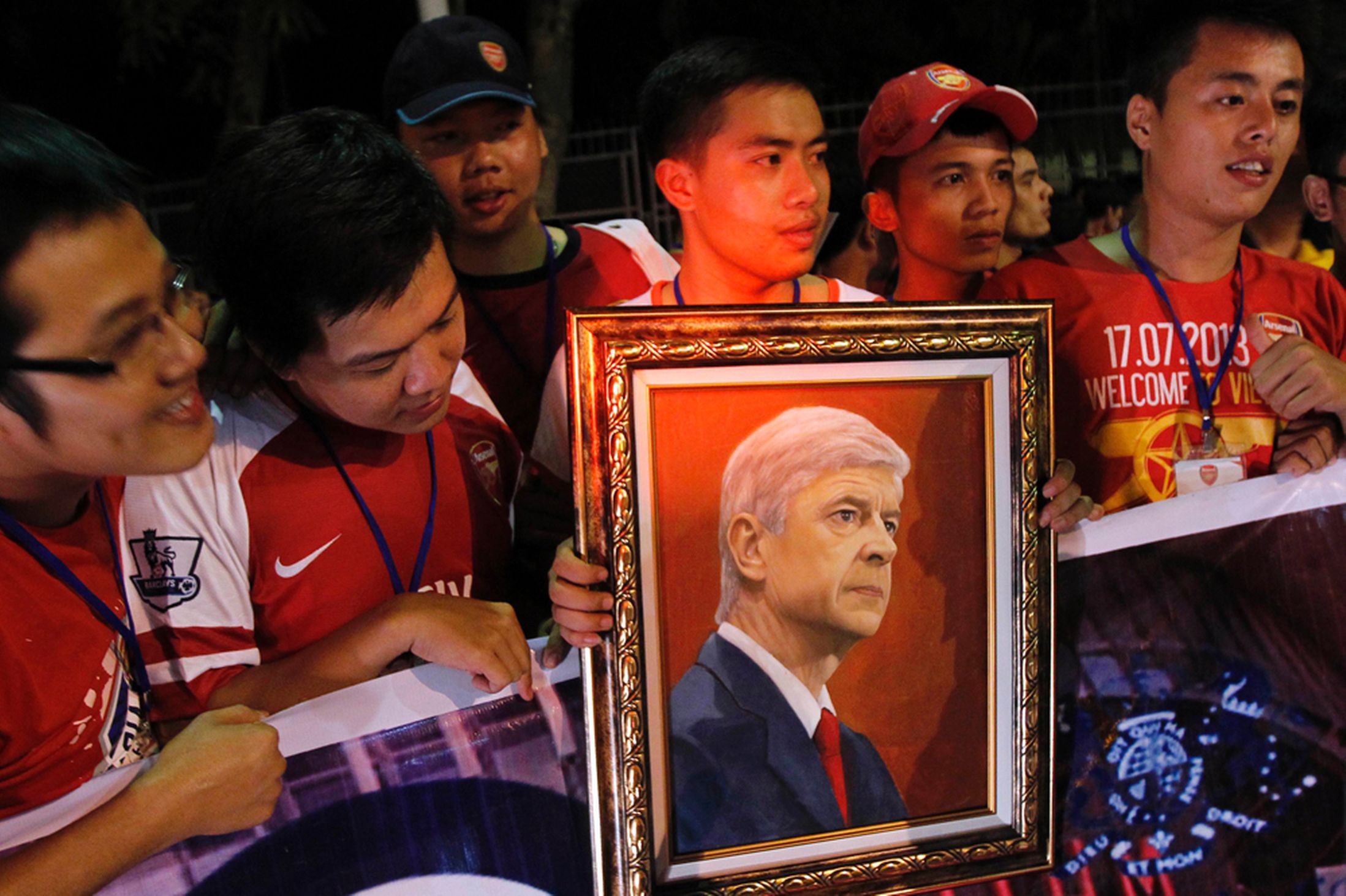 Photos courtesy of the Daily Mirror.