The German is in north London getting to know the player’s new team-mates.

Despite it being over a week since Arsenal paid a club record £42.4m to Real Madrid for Mesut Ozil, the international break meant the German was yet to take to the training pitch with the Gunners.

However, after helping Germany secure back-to-back victories in their World Cup qualifiers, the 24-year-old has joined up with the squad in north London for the first time.

Here Ozil is with national team-mate Per Mertesacker and the attacking midfielder is expected to lineup against Sunderland in the Premier League at the weekend. 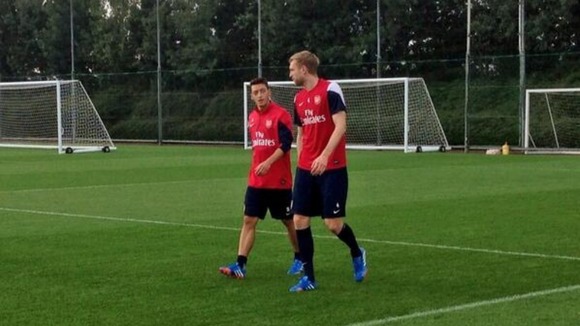