Romelu Lukaku is a big guy.

At both Premier League and international level, Lukaku the man is a striker is capable of bullying defenders, outmuscling and out-jumping even the most powerful of opposition.

But imagine how opponents of Lukaku the boy felt! This picture, taken when Lukaku was at Anderlecht between 2003 and 2006, when the forward was 10 to 13 years old, shows the forward towering over opposition and teammate alike! 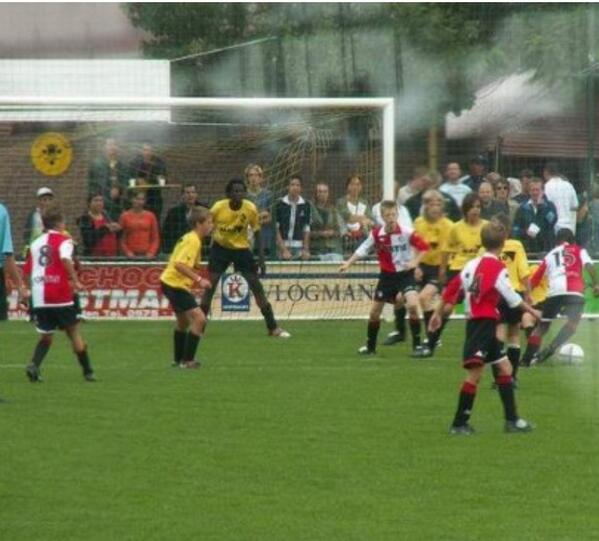