Carroll and Downing pose together having both joined the Hammers.

West Ham United are boasting a double coup from Liverpool this summer having spent £15m on Andy Carroll and £6m for Stewart Downing.

The Reds are left to wonder what could have been having shelled out a combined £55m on the English pair in 2011, before both failed to impress at Anfield.

But Liverpool’s loss is the Hammers’ gain as manager Sam Allardyce looks to improve the squad at Upton Park ahead of their second season back in the Premier League. 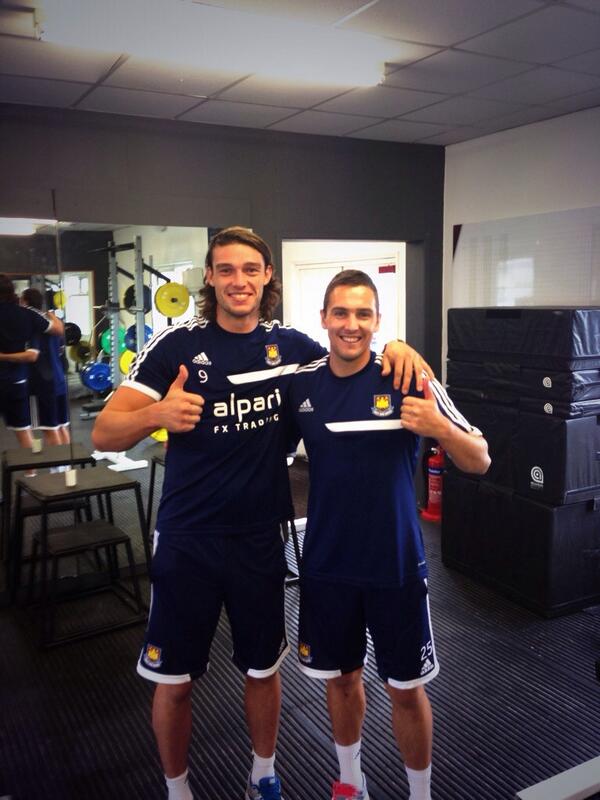