BT Sport, Sky Sports and beIN Sport are in the running for a huge new deal for Premier League live broadcasting rights, which looks set to send revenue through the roof for all twenty clubs.

READ MORE:
Premier League rights
Ten huge players that could be en route to the Premier League as clubs flush with £4.4bn TV money look to spend
What New Premier League TV Deal Means: Elite English Football Clubs To Get Much, Much Richer!

Figures of up to £4.4 billion are being mooted, which will make the deal the second largest for any sports league in the world behind American Football’s NFL.

A key factor in the bumper increase in cost will be the fact that there will be Friday night games in the forthcoming calendar – which could be a preferable option for teams playing in the UEFA Champions League.

Managers of those sides have regularly complained that late Saturday and Sunday afternoon kickoffs have not given their players enough time to recover for away trips, and a Friday evening match could prove a good alternative option. 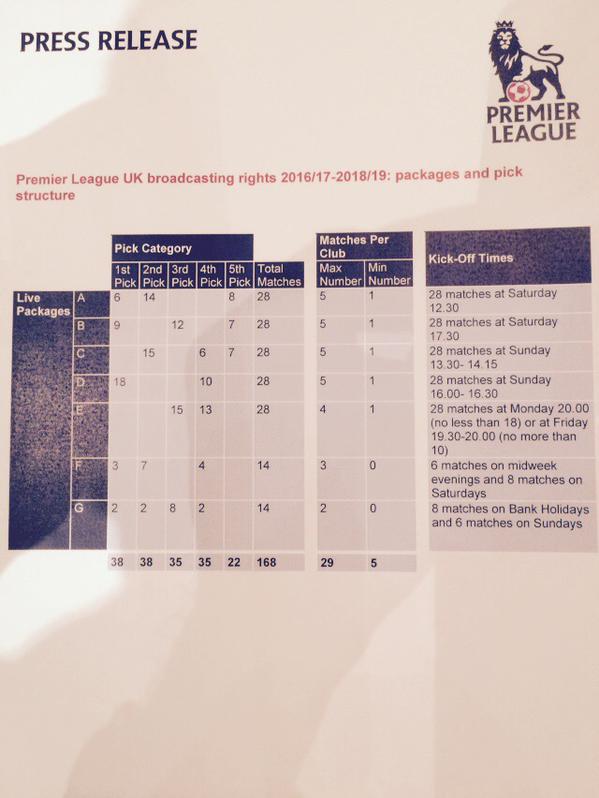