The Premier League is one of the most cosmopolitan football competitions in the world.

The Blues are not the only team to have stars of various nationalities, but they are certainly one of least English – John Terry and Gary Cahill were the only Englishmen to feature regularly for Jose Mourinho’s men in the 2014-15 campaign.

So, having established Chelsea’s lack of domestic depth, it may come as less of a surprise to discover that the Blues would have finished 18th in the table if only goals by English players had counted.

Clearly, this alternative table should be taken with a pinch of salt, but don’t tell that to fans of Liverpool and Tottenham Hotspur, who are first and second respectively.

Man United finished fourth in the real table and they stay exactly where they are in this one, but Arsenal – despite having the likes of Danny Welbeck, Jack Wilshere, Alex Oxlade-Chamberlain and Theo Walcott in their squad – drop to eighth in the ladder based on English goals alone.

Check out the table in full – courtesy of Sports Mole – below… 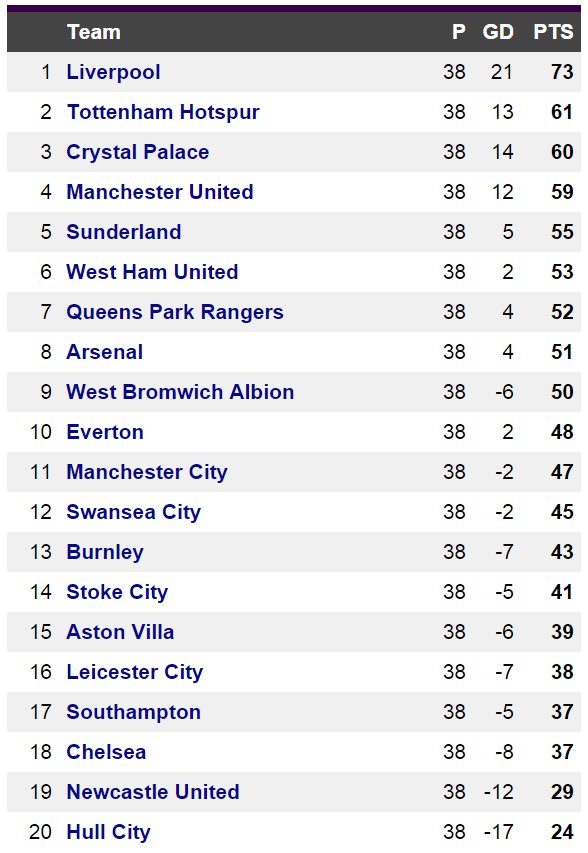