The Spaniard will see the Blues attack operate in a whole new way.

On Tuesday Chelsea completed their second major signing of the summer in the shape of £32m striker Diego Costa, who joined the club from Atletico Madrid.

Having scored 36 goals in all competitions for the Spanish champions in 2013/14 – a season in which Atleti won La Liga and reached their first ever Champions League final – much is expected of the 25-year-old. 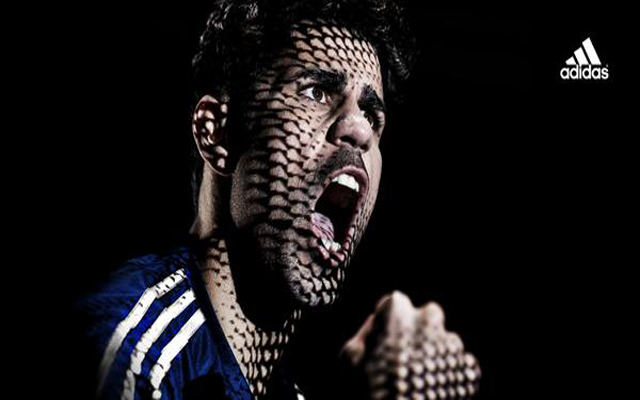 Costa may have had a poor 2014 World Cup campaign with his new nation Spain (the forward was born and raised in Brazil and had two friendly caps for the Selecao before converting in 2013), but there weren’t many stars from the 2010 champions that impressed as la Roja exited at the group stage.

Many think that the Spaniard will be a flop at Stamford Bridge, and whilst that is impossible to deny unequivocally, there are many reasons to suggest that the attacker will succeed.

This is hardly surprising when the 51-year-old has handpicked the forward to lead his line. The west Londoners did not win any silverware upon Mourinho’s return to the club in 2013/14, and with Mourinho openly criticising his forwards Fernando Torres, Samuel Eto’o and Demba Ba, it was no surprise to see the Blues boss enter the market to improve his attacking line.

Costa is physical, a real pest to defenders and referees alike with his niggling approach and constantly strives to get one up on his opponent in and around the box.

Despite looking to work the channels and dribble past the opposition, these are not the Spanish star’s strengths and if Mourinho can convince him of that the combination of Eden Hazard and the new signing could be deadly.

Hazard proved last term that he has the ability to be among the best players in world football, top-scoring for the club with 17 goals in all competitions.

Yet there was too much pressure on the Belgium international to provide everything going forward, with neither Torres or Samuel Eto’o the right foil for the attacking midfielder and Demba Ba lacking the ability.

With Costa occupying the centre-backs with his robust style, Hazard will be given more space and time on the ball and with the back line pushed towards their goal, will have the chance to exploit the left flank.

This will not only give right-backs throughout the Premier League nightmares, but will also see the 23-year-old progress greatly and edge ever nearer towards his target of winning the Ballon d’Or.

Hazard has made no secret of the fact he wants to emulate the likes of Lionel Messi and Cristiano Ronaldo and be crowned the best player on the planet – something Mourinho has said his player can achieve – and Costa could be the key to that happening.

It would be better to judge the new signing on the goals he scores and more on how he benefits the team as a whole, with the Belgian set to gain the most.