After his five-year rookie contract expired, Houston Texans cornerback Kareem Jackson said that he wants to remain a Texan.

Houston Texans cornerback Kareem Jackson has expressed his desire to remain a Texan as his rookie contract has expired.

Jackson was drafted in the first round of the 2010 draft by the Texans with the 20th overall pick. While he struggled early on in his career, Jackson has become a solid starting cornerback for a consistent Texans defense.

Jackson was considered to be the best defensive player on the Texans in 2014 aside from Defensive Player of the Year J.J. Watt.

The former Alabama cornerback has come up with 10 interceptions in his five-year career and has many years ahead of him since he is only 26. Due to his youth, the Texans will likely make it a high priority to re-sign Jackson. 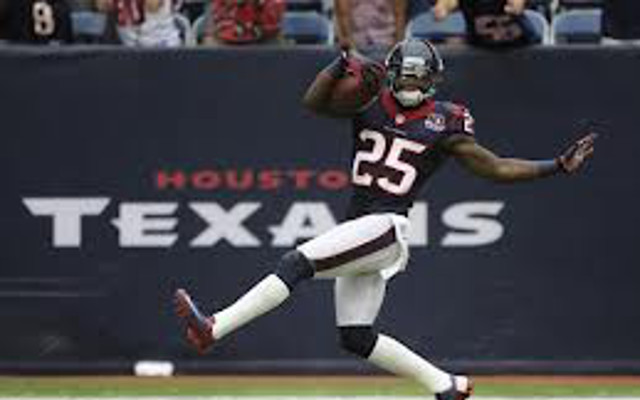