Houston guard James Harden has been placed on the day-to-day injury list after leaving his side’s final pre-season game against the Memphis Grizzlies.

Rockets coach Kevin McHale said after Houston’s 92-73 victory that his star guard bumped knees with Memphis’ Quincy Pondexter in the first quarter. Harden did not return after the injury.

“He iced it, and stuff, and we’ll see how he feels (Saturday),” McHale said, indicating that he didn’t think the injury was serious.

Harden, who entered the game as the team’s leading scorer in the preseason with a 20.8 average, connected on a 3-pointer from the right wing with 4:35 left in the first quarter and went down to the court in front of the Rockets bench when he was fouled by Pondexter.

Harden eventually got up, made the ensuing free throw and went straight to the locker room at the next stoppage of play.

Harden finished with six points and four rebounds in his 7-plus minutes before the injury. 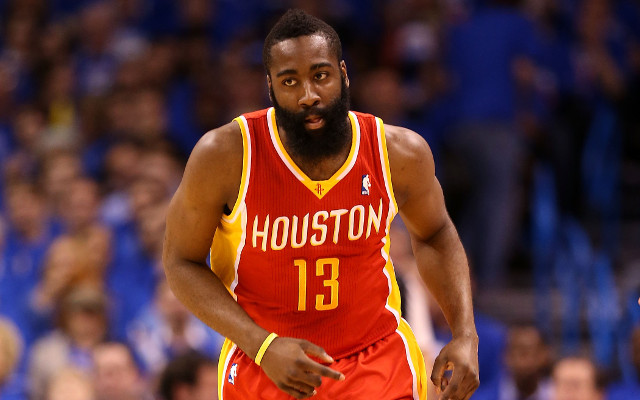