Italian Under-21 star not for sale despite speculation.

Hellas Verona are not interested in selling Everton target Jorginho this summer according to reports in Italy.

The 21-year-old has been linked with a move to both Roberto Martinez’s side as well as city rivals Liverpool this summer, while the English media reported on Wednesday morning that Fiorentina had also entered the race.

The talented youngster helped his current employers gain promotion from Serie B last season with some impressive performances, and his good form also resulted in a first appearance for the under-21 national side.

It is understood that the Brazilian born Italian star has been valued at around €10m, but he is currently not for sale as the club embark on their first year back in Serie A.

However, according to La Gazzetta dello Sport, it is believed that they will reconsider their position at the end of the season, with Fiorentina likely to lead the charge next summer.

Italian giants AC Milan have also previously been linked with the promising starlet, but they have since switched their attention elsewhere.

It will come as a blow to Everton boss Martinez who had hoped to further strengthen his squad ahead of his first season in charge of the Toffees, but it looks as though he is likely to miss out for now.

It remains to be seen whether the Premier League outfit re-ignite their interest next summer, but Jorginho is likely to receive further attention if he flourishes in the Italian top flight this year. 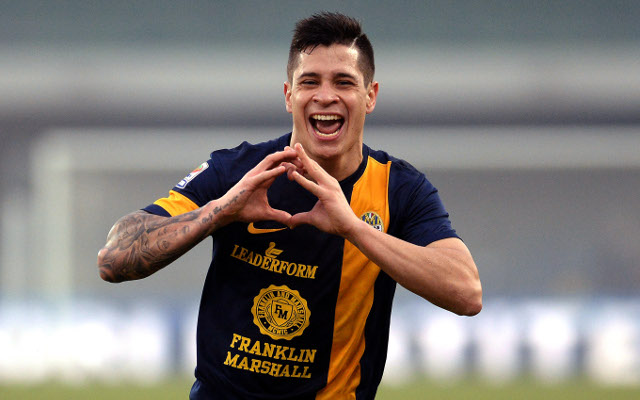