Crows gallant in defeat but outdone by opponent’s class across the ground.

Adelaide were not without their stars with Patrick Dangerfield outstanding in a losing side in collecting 35 disposals and booting two majors.

Jordan Lewis scored the first goal of the game to get the Hawks onto the board as Bradley Hill provided the  spark normally given to the Hawks by the injured Cyril Rioli, to give his side their second for the term. 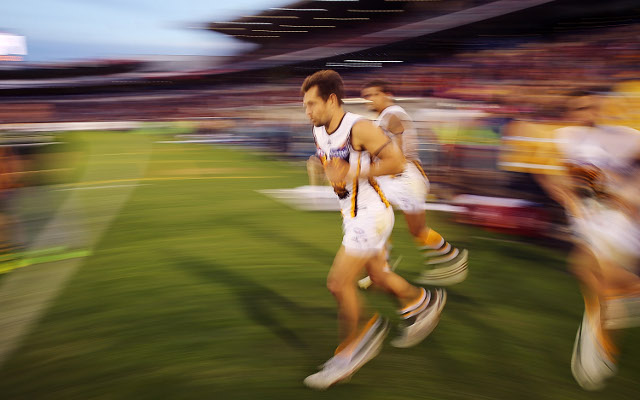 Adelaide were unable to find targets in the early going, with too many straight lines being run by players off the ball.

Dangerfield was in sensational form in the second quarter to lead the revival for the Crows and had racked up 20 disposals and two goals as Adelaide trailed by just two at the long break.

Hawthron’s Shaun Burgoyne was put into the middle for the Hawks to start the third term after netting just three disposals in the first half and the move by coach Alastair Clakson did the trick as he featured heavily in the third.

Issac Smith made it two in as many minutes after the Hawks rebounded well off half-back to
make the lead 15. 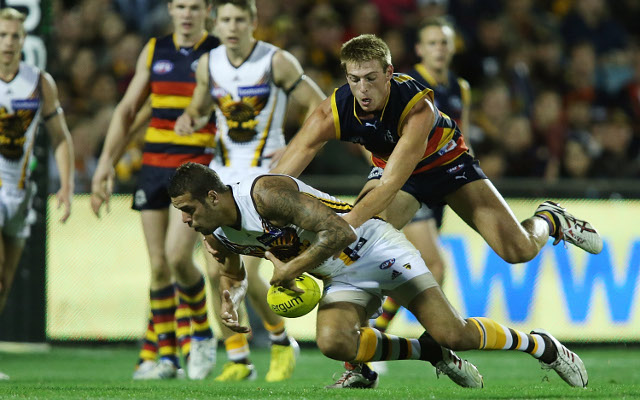 Richard Douglas converted a costly turnover by the visitors to undo much of the good work done by the Hawks earlier in the term as the game went up for grabs entering the last term.

The home crowed lifted the Crows and Jacobs goaled to give the Crows the lead by one with both sides giving giving away free kicks with several contentious push in the back calls. 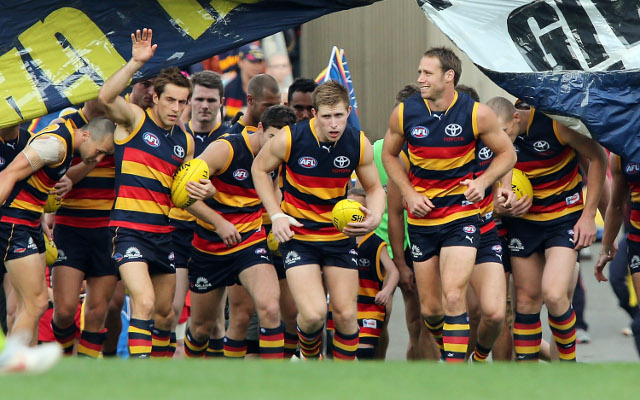 Luke Shiels soccered off the ground to put Hawthron back in front as the pace of the game ratcheted up to something more like a preliminary final than round six.

Brent Guerra landed awkwardly and looked to have injured his knee but in good news for the Hawks came back onto the field and finished the game.

Luke Breust crumbed well before kicking another in the blink of an eye to make the lead a crucial 18 with Gunston’s third making the margin 25.

Scott Thompson scored his second goal for the game from 75 metres out to keep Adelaide’s slim hopes alive, but they needed three goals in less than four minutes to score the upset and fell just short.