If there was an award for the biggest plonker among all Arsenal fans it would probably go to this guy. This is Bully.

He shot to fame in February after a video of him being stupid went viral.

Bully was seen asking “whose name is Harry Kane” in the build-up to the North London Derby – a game which saw Tottenham Hotspur beat Arsenal 2-1 thanks to two goals from You Know Who.

As if that wasn’t enough notoriety for Bully, he decided to further enhance his reputation as the biggest berk in Goonerland by wearing nipple tassels to Sunday’s FA Cup trophy parade.

The below image is bloody grim, but, as you’ve already clicked on the article, you probably want to see it.

Don’t say we didn’t warn you… 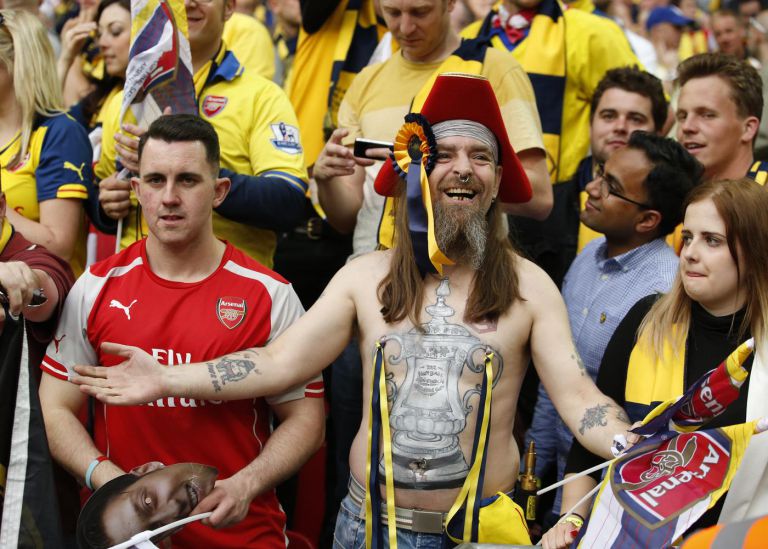