Mark McVeigh will join the Giants proper as a defensive coach after a year heading the club’s academy.

McVeigh has headed up the Giants’ academy in the past year, and will now join the club as a defensive coach. He replaces James McDonald who has decided to step away from football after three years at the club.

The 232-game player said he was excited about joining the Giants’ coaching staff.

“With six wins in 2014, the club has a very exciting future and I’m looking forward to working with Leon and the rest of the coaches to help take this very talented playing list to the next level,” McVeigh said.

“As somebody who grew up in NSW, it’s a great opportunity to help develop the game up here and the last 12 months working with the Academy has given me a great understanding of the opportunities for the GIANTS and AFL in NSW and the ACT.” 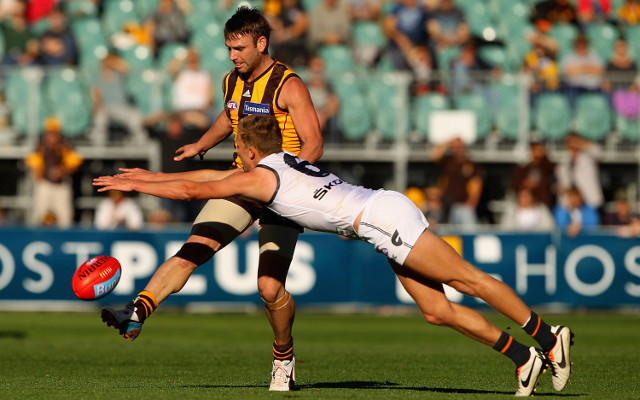