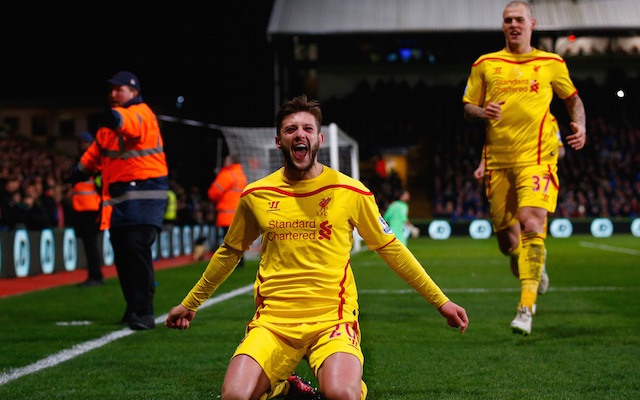 Liverpool midfielder Adam Lallana, 26, believes his performances for the club have not lived up to his £24m fee – (Liverpool Echo)

The agent of Netherlands international Marco van Ginkel, 22, says the midfielder wants to return from his loan at AC Milan to play for Chelsea next season – (Daily Express)

Striker Alexandre Lacazette, 23, a transfer target for Arsenal, Manchester United, and Newcastle has confirmed he wants to sign a new contract with Lyon – (Daily Star)

The mother of Paris St-Germain centre-back David Luiz defended her son after he was nutmegged twice by Luis Suarez in Barcelona’s Champions League success in the French capital. “Who are we to judge you! I will always love you after the good games, and even more after those that don’t go well,” she wrote on Instagram – (Independent)