NRL side struggling on and off the field after coach quits.

Gold Coast Titans forward Mark Minichiello has provided a startling admission that the side at its lowest ebb in club history in the wake of coach John Cartwright quitting the club.

Ahead of a vital clash with the Sydney Roosters on Monday night, the Titans are struggling to maintain their focus with Cartwright announcing he not be in charge next year.

The former Penrith Panthers playing star has been in charge of the expansion side for its entire existence of eight seasons, with his departure creating an disruptive environment around the team.

Co-captain Nate Myles delivered an impassioned speech to his teammates on the field after their Friday training session, which Minichiello admitted wasn’t the best.

“It wasn’t the sharpest session today and we just had a chat about that,” he said.

“We did some good things but our communication was down a bit, our talk. It was more about that and make sure we come on Sunday and everyone’s communicating right and we have a sharp session.”

Minichiello is one of just two foundation players left at the Titans, and he admitted it had been tough to hear Cartwright would no longer be coach following the Roosters game.

“I’ve seen a lot of highs and lows and this week’s probably down with the lowest the club’s been at,” he said.

“The two guys (Cartwright and director Michael Searle) that stepped aside have pretty much grown the club from the beginning.

Cartwright admitted he still felt numb following his announcement earlier in the week but he held no fears about his team’s focus for the Roosters clash.

“It’s been a funny old week, I’m not going to be too hard on them, everyone handles situations differently,” he said.

“I’m sure they’ll be in their swinging on Monday night.” 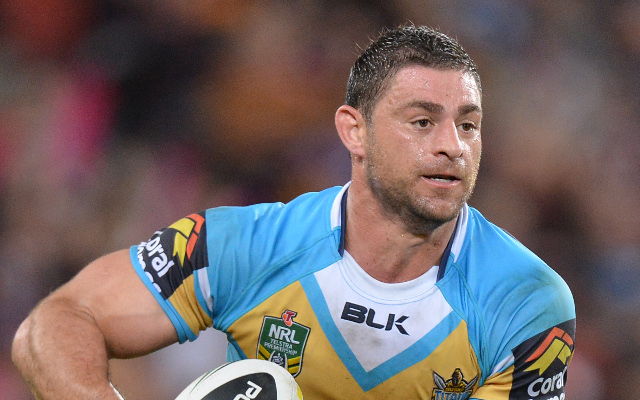