Newcastle Knights stroll to their first away win of the NRL season.

The Gold Coast Titans sustained plenty of damage on the scoreboard and have several new additions to the casualty ward, after being thumped by Newcastle 30-6 at Skilled Park.

John Cartwright was forced to make a change before kick-off, foreshadowing the problems that would plague the side, with Steve Micheals coming into the team for  Kevin Gordon (hamstring).

This change was compounded by the fact the home side lost Luke O’Dwyer (Broken jaw), Matt Srama (dislocated finger) and Ashley Harrison (hamstring) all within the first 20 minutes. 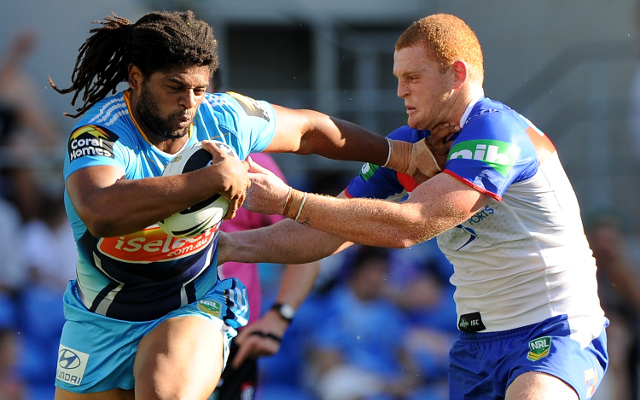 Gold Coast were down to just 14 men as a result and they struggled to get into the game as the Knights blew away the Titans in the second half.

Leading 6-0 at half-time, Newcastle doubled their lead when David Fa’alogo cleaned up a lose ball following a Jarrod Mullen bomb to score just four minutes after the resumption.

Gold Coast did not lie down and crossed through Albert Kelly after good lead-up work from Beau Fallon and William Zillman.

Despite being down by just six, that would be as close as the Titans would get as the Knights went on a scoring rampage in the last 30 minutes. 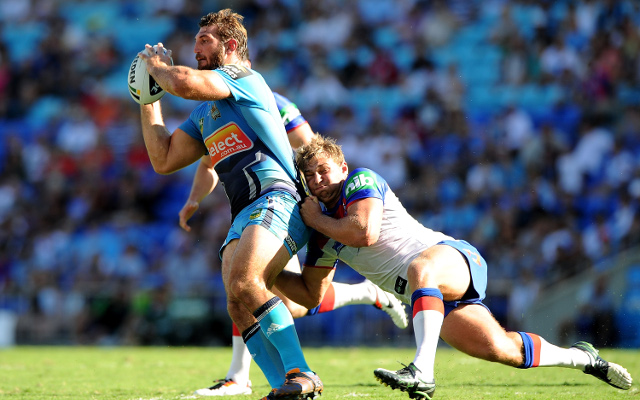 James McManus sealed the result for coach Wayne Bennett and his side, when he scored twice in five minutes to see the score balloon out to 24-6 with 17 minutes remaining.

Prolific try-scoring winger Akuila Uate again pushed his claims for a New South Wales Origin jersey, by sealing the thrashing with his eighth try of the season with five minutes remaining.

Gold Coast will need to regroup quickly ahead of their trip to New Zealand in round eight where they will look to inflict more punishment on the Warriors, who have just one win to their name so far this year.

Newcastle will be out to consolidate its place in the top eight when they tackle the distracted Cronulla Sharks, who have lost their last four games in a row.