The stoppers who have been the busiest between the sticks.

It has been a fairly low-scoring start to the the 2013/14 Premier League season and this could well be due to the success of the goalkeepers.

Here are the five stoppers who have completed the most saves so far this term.

There has been a certain level of criticism aimed at the Poland international since taking up the No.1 spot for Arsenal, but the 23-year-old has been sharp so far this campaign.

Szczesny has helped the Gunners to three clean-sheets in all competitions so far and is keeping loan signing Emiliano Viviano out of the side.

Marshall’s performance against Tottenham Hotspur on Sunday was worthy of a Man of the Match award and the Scot looks solid in goal for newly promoted Cardiff.

The side’s successful Championship season of 2012/13 was built on a solid defence and the Blue Birds appear to be taking that form into the top tier.

The ever-reliable Bosnian is having another good season for Stoke as the Staffordshire club have started well under new manager Mark Hughes.

Defeat to Arsenal on Sunday was a blip in the Potters’ good form and Begovic has kept two clean-sheets in the league, including against Manchester City. 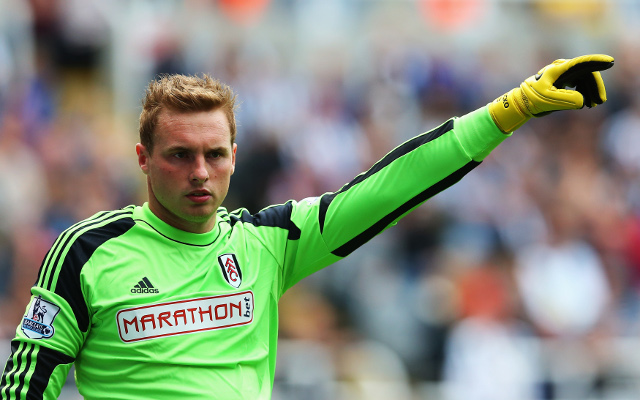 After the departure of Mark Schwarzer to Chelsea and the persistent injury to new signing Maarten Stekelenburg, Stockdale has been asked to resume the position between the sticks.

Despite spending last season on-loan in the Championship with Hull City, the 27-year-old seems to have made the step back up with ease and could keep the Netherlands No.1 out of the team.

For the first three matches of the season new £9m ‘keeper Mignolet did not concede a single goal, but has now let in three in the past two games.

The Belgium international has been in great form however and could well be the foundation Liverpool build their success this campaign on.