The assistant gets more than was expected whilst running the line.

The Tottenham Hotspur fans have done themselves no favours during the Premier League clash at Aston Villa as a supporter throws a smoke bomb at the linesman.

Although the missile lands on the assistant referee’s head, there was no injury and police quickly circled in on the offender at Villa Park. 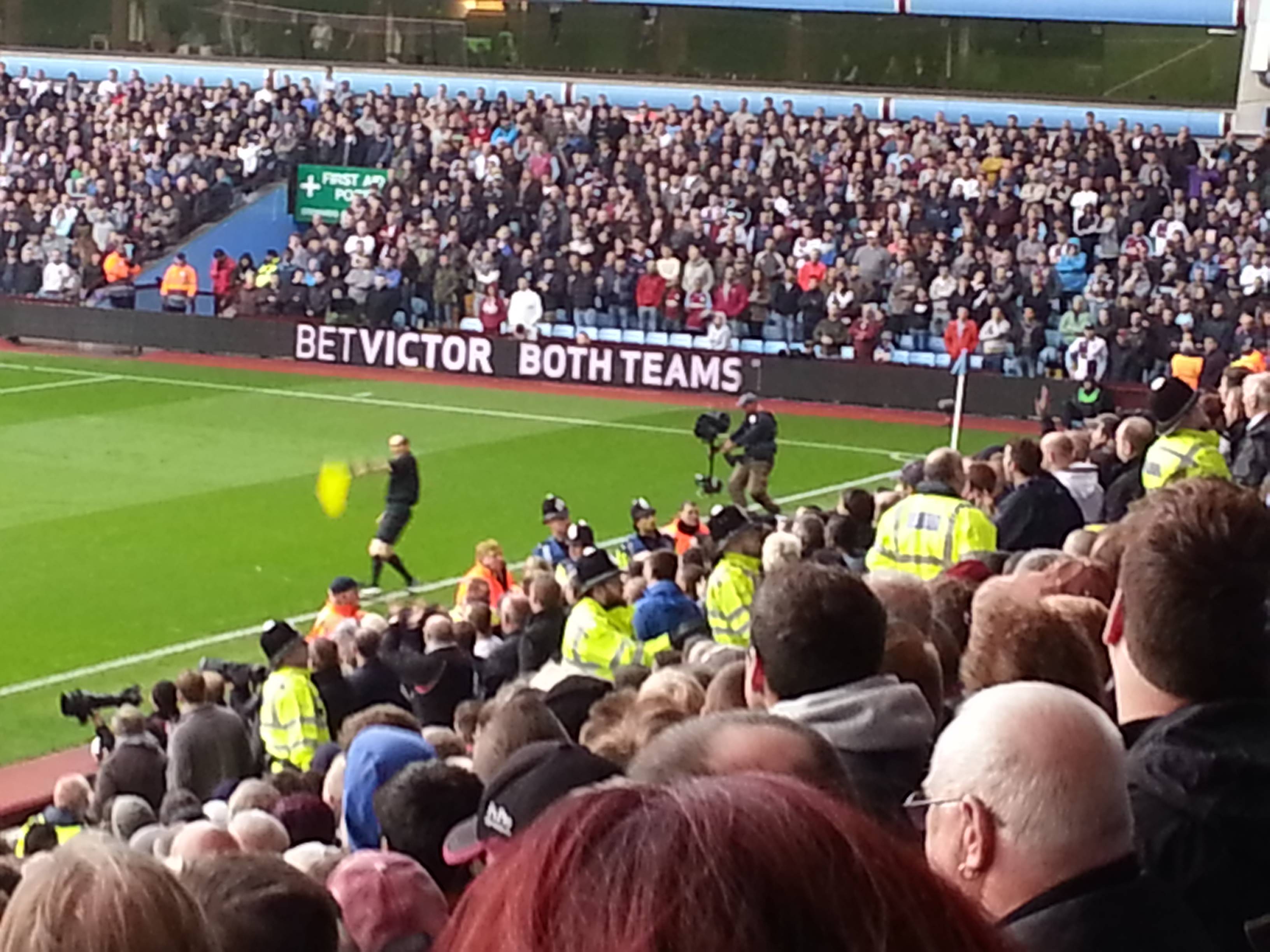