AFL’s newest club plans on another raid of the free agent market this off-season.

Greater Western Sydney’s Kevin Sheedy has started the minds games already ahead of a planned signing spree in the AFL.

The respected veteran coach attempted to plant the seed of doubt in the minds of upcoming free-agents by saying certain Melbourne Clubs were “going nowhere” and that the Giants offered an attractive alternative.

However, some officials in the game might privately chuckle at Sheedy’s comments given the Giants are currently winless this season and have shown little improvement from their first year in the top grade.

Despite his side’s poor start through the first 10 weeks of the competition, Sheedy said the Giants front-office had several players they’d like to bring to Sydney from 2014 onwards.

“We’ll recruit up to four players at the end of the year, and whoever they are, they’re going to end up with a very good side around them,” Sheedy said.

“You can float around in Melbourne and go nowhere. And some of these clubs are going nowhere.”

The biggest target in the Giants’ sights is restricted free agent Lance Franklin, with the Sydney side planning to offer the key forward one of the biggest deals in the history of the sport to defect north of the border.

If GWS are able to attract ‘Buddy” to Sydney, Sheedy will only possibly be at the club in a behind-the-scenes role, with current assistant Leon Cameron to take over the head coaching role full-time next year.

“I am very happy to be working at the Giants, I think they’re going to be a fantastic club,” Sheedy said.

“My first preference would be to stay in Sydney, if it’s negotiated on a pretty amicable negotiation.”

Greater Western Sydney’s task of securing their first victory of the year does not get any easier as they prepare to play the premiership favourites Geelong in round 11. 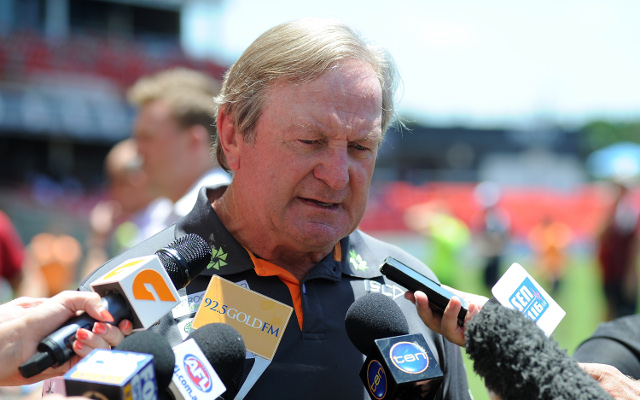