Gianfranco Zola is undoubtedly a bonafide Chelsea legend and has simultaneously cemented himself as Premier League hero in the process.

He has kept an eye on the club’s charge towards the title this season with great affection and glee, so much so that the Daily Mail have asked him to produce his ultimate Chelsea XI.

The squad below all comprise of players that he lined up alongside to todays crop of stars – the only rule being that he couldn’t pick himself.

Zola spent seven years at Stamford Bridge after arriving in 1996, scoring an impressive 80 goals in 312 appearances.

His time there was a success and littered with trophies, as he played his part in helping the Blues lift the UEFA Cup Winners’ Cup, UEFA Super Cup, two FA Cups, a League Cup and one Charity Shield.

He sadly left the club just before they won their first Premier League title, but his arrival in 1996 marked the start of the cosmopolitan Chelsea that we all know today.

“He has been an amazing goalkeeper, always in control of the situation. He doesn’t make many mistakes – he has to be in the side.

“Him not being in the Chelsea team now is part of the game. Chelsea are a very ambitious club and they had the opportunity to take [Thibaut] Courtois who will be an unbelievable keeper in the years to come.”

“This is a difficult choice. Albert Ferrer was very good, but I’m going for Ivanovic. He does very well in both phases of the game – going forward and defensively.

“He scores a lot of goals from set-pieces, that’s enough to get him in but Ferrer is just behind him.”

“They’re both strong defensively and they’re both good with the ball. They’re two very good leaders. Marcel doesn’t speak much, he’s a silent leader but he’s got so much presence.

“John is more outspoken, but you could close your eyes and throw the captain’s armband at the pair of them and whoever it landed on is an incredible leader.” 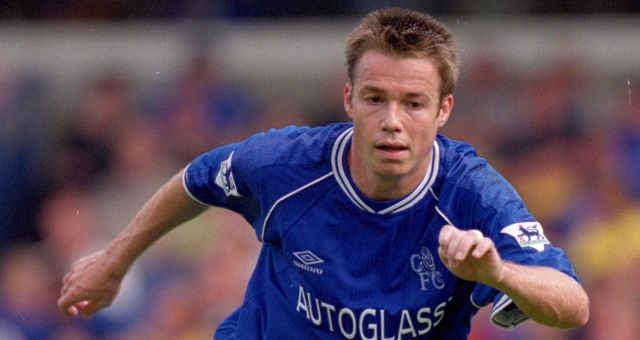 “I know Ashley Cole has done very well for Chelsea and probably deserves it, but I think Graeme Le Saux was terrific for us. He also gave me the cross which I backheeled into the goal against Norwich!”