The Freo fans favourite credits a relatively new arrival at the club to be responsible for his purple patch of form.

Hayden Ballantyne has credited coach Ross Lyon as being one of the key reasons behind his top form this season.

Ballantyne will play his 100th game on Saturday against Melbourne in Darwin.

The 26-year-old has been one of Fremantle’s best performers this year, with his incredible forward pressure resulting in 21 goals in his past six matches.

He says Lyon has improved him as a footballer since his arrival at the club in 2012.

“Just little things like recovery, and all the smaller things that I probably wasn’t at the elite level like Matthew Pavlich and Luke McPharlin and blokes like that.

“I think that’s really helped, because Ross holds everyone so accountable to everything.

“I’m trying to recover the best I can and get my body feeling as good as I can before each game.

“That’s the hardest thing for me, to try and recover and try and get some energy back.” 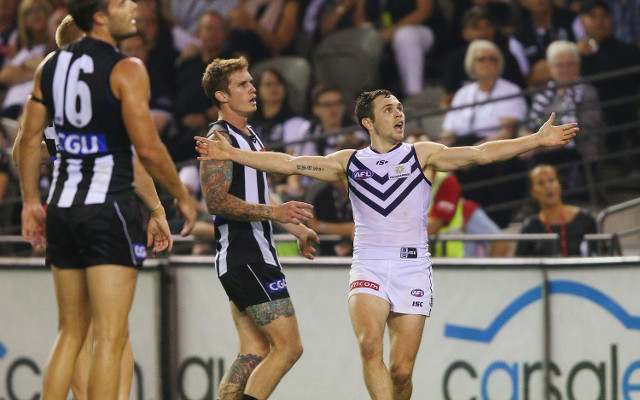 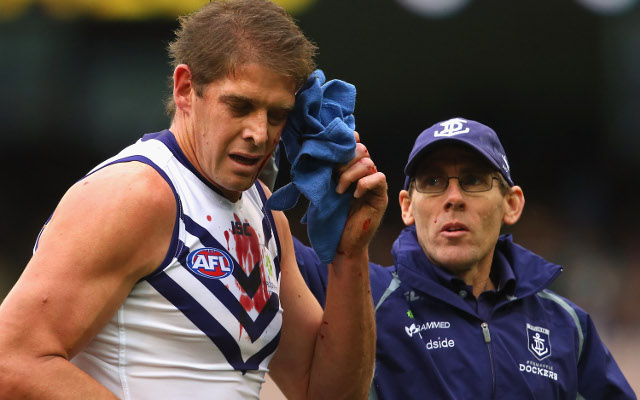