Ross Lyon’s side strangle the Suns out of their round six clash.

Despite missing several of their biggest names, the Fremantle Dockers have earned a comfortable 45-point victory against the Golf Coast Suns at Metricon Stadium.

With Aaron Sandilands (hamstring), Matthew Pavlich (Achilles), Nat Fyfe (suspended) and Stephen Hill (quad) all out for the Dockers, simple pressure around the ball saw them earn the win. 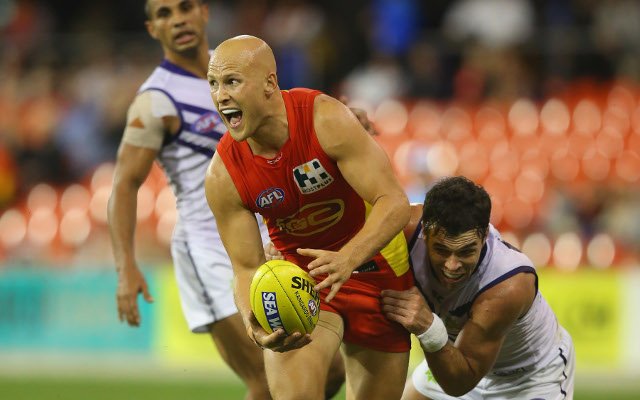 An even contribution through their midfield by David Mundy (22 possessions), Nick Suban (21) and Michael Barlow (20) also helped to overwhelm the Suns.

Interestingly the Suns won most of the major statistics from the clash as they had finished on the right side of disposals (348-333), clearances (43-31) contested possessions (139-138).

But the scoreboard was the statistic that mattered the most. 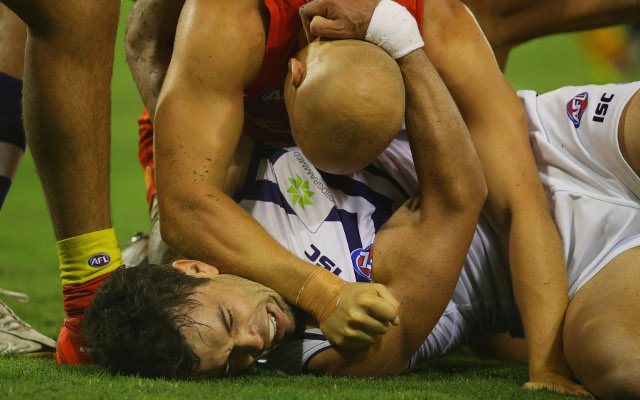 Despite the loss the Suns still had some positives to come from the clash with Jarrod Harbrow seeing plenty of the ball to collect 32 disposals while David Swallow provided plenty of run and carry off half-back.

However, Gold Coast might have to find a replacement for ruckman Charlie Dixon after he was subbed out of the game in the third quarter with an ankle injury.

Fremantle’s win sets up a blockbuster clash with Collingwood at home in round seven while the Suns will look to third win of the year when they tackle the struggling Melbourne Demons at the MCG.