French football publication France Football have suggested that Arsenal right-back Bacary Sagna will sign an extension to his contract which expires in the summer.

The 30-year-old has played exceptionally well for the table topping Premier League side this term, but his contract expires in the summer, meaning he is now free to talk to other clubs.

As you can see in this image from the magazine though, France Football believe Sagna will be a “Gunner Forever”. 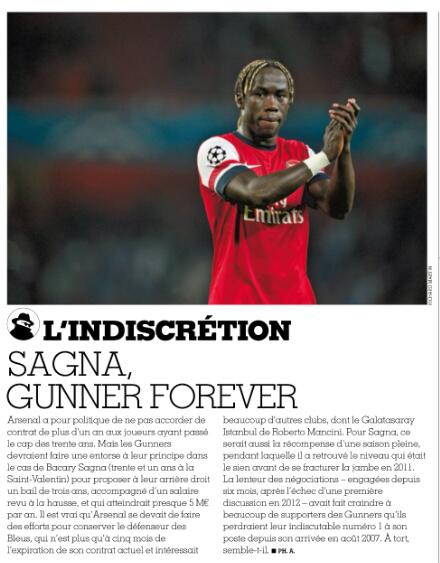 Wenger told the French newspaper: “We’ll try to extend it because he is a very important player. He is fully involved in the project and is determined at each game.”

Sagna has been at Arsenal since 2007, and made 262 appearances in total.