Lleyton Hewitt was dumped out of Wimbledon by German qualifier Dustin Brown, the dreadlocked former Jamaica player ending the 2002 champion’s hopes of an impressive comeback run.

Hewitt, the world number 70, has defied the surgeons to continue his career after two years blighted by injury and operations, had been looking to make an impact at the All England Club where he triumphed 11 years ago.

Back in form, he got to the Eastbourne warm-up tournament semi-finals and knocked out Swiss 11th seed Stanislas Wawrinka in the first round.

Brown, 28, the world number 189, changed nationality from Jamaican to German in 2010. He was born in Germany to a Jamaican father and German mother. He moved to Jamaica aged 12. 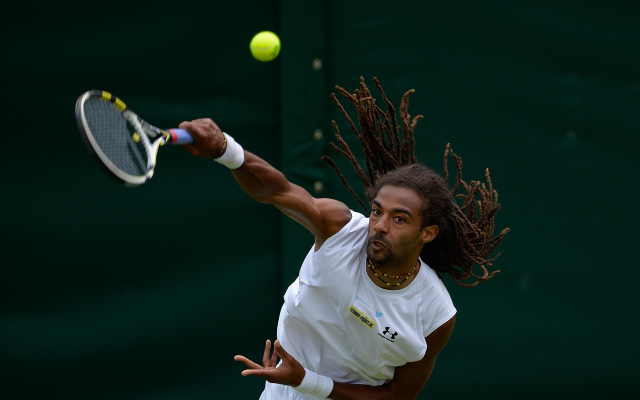 The win takes him through to a first Grand Slam third round match.

“It’s going to take a while to sink in. I’m not normally the type of guy to cry,” he said.

The Frenchman made it through when US 18th seed John Isner pulled out two games into their second round match after injuring his knee.