“It will either be a very short fight, or I will be knocked unconscious” – actual quote from 2012 U.S. Presidential candidate Mitt Romney.

Romney, the former governor of Massachusetts who tried unsuccessfully defeat Barack Obama in the 2012 Presidential Election, told the Salt Lake City Tribune that he intends to spar with Holyfield in an attempt to raise money for the Charity Vision organization – which provides doctors and facilities in poverty-stricken areas with equipment and resources to carry out eye operations.

“It will either be a very short fight, or I will be knocked unconscious,” Romney said. “It won’t be much of a fight. We’ll both suit up and get in the ring and spar around a little bit.”

One of the best professional boxers of the last 25 years, the 52-year-old Evander Holyfield is one of the most decorated fighters in boxing history but has been retired for nearly five years. Arguably his most famous fight occurred against “Iron” Mike Tyson in 1997, when Tyson bit and ripped a piece of Holyfield’s ear off.

The 68-year-old Romney’s only sports experience was serving as the president and CEO of the Salt Lake Organizing Committee for the 2002 Winter Olympics in Salt Lake City, Utah. 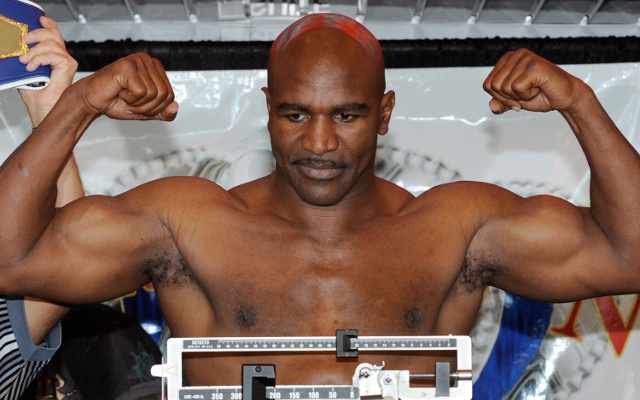