Australian TV and radio star Ryan Fitzgerald has revealed he had a physical altercation with Justin Bieber at the Coachella Music Festival in the US.

Speaking on Nova radio, Fitzgerald said he was involved in a scuffle with Bieber and his security team whilst sitting backstage to watch AC/DC perform.

The 199cm former Sydney Swans and Adelaide Crows forward says he ran into Bieber and his entourage before the Canadian popstar got right up into his face.

“I was running around, jumping around,” Fitzgerald is quoted as saying by The Daily Mail.

“I’m on my phone, right, I’m walking with my head down and my backpack on. I’d had a few beers.

“I look up and it’s just a wall… of huge black guys. And down the front was this little dweeb. Justin Bieber is right in front of my face.”

Fitzgerald says he then tried to walk past the 21-year-old before the situation escalated.

“He put his hands out and pushed into my side and I’m like, “You’re kidding yourself mate, I’m twice the size of you,” Fitzgerald explained.

“I sort of leaned into him and these huge guys just grabbed me by the backpack and have just thrown me into the fence on the side.”

The singer was reportedly thrown out of a number of performances at the festival and is was even put in a headlock by Coachella security after being refused backstage entry for Drake.

Bieber, who stands at 5ft 7′, would have barely stood a chance against the 6ft 6′ Fitzgerald. 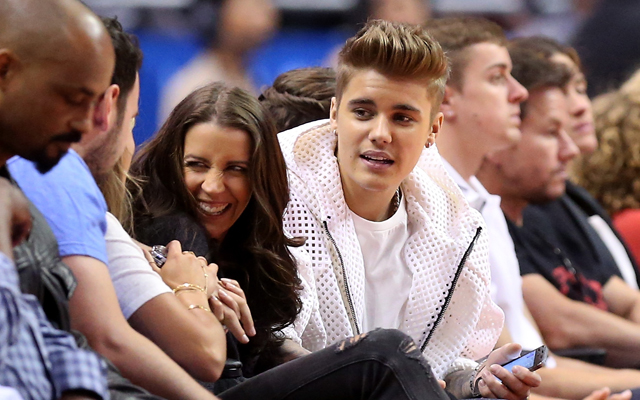