Bernstein refuses to confirm if former Tottenham boss was a candidate for England job.

Former Football Association chairman David Bernstein has hit back at claims by Harry Redknapp that the governing body under his leadership was unfit to select the England manager.

Redknapp, then in charge at Tottenham Hotspur, had been widely expected to replace Fabio Capello as England boss when the Italian resigned last year.

But the FA’s four-man selection panel, including Bernstein, opted for Roy Hodgson instead.

Redknapp, now boss at Championship leaders QPR, wrote in a new book being serialised in the Daily Mail: “I wouldn’t trust the FA to show me a good manager if their lives depended on it. How would they know? What clubs have they ever run? Who do they speak to who really knows the game?

“This isn’t about them giving the England job to me or Roy Hodgson, but English football being run by people who really haven’t got a clue. And they get to pick the England manager!”

But Bernstein, who chaired the four-man panel that included Redknapp’s former West Ham team-mate Trevor Brooking, told BBC Radio Five Live on Wednesday he was happy with the decision they reached. 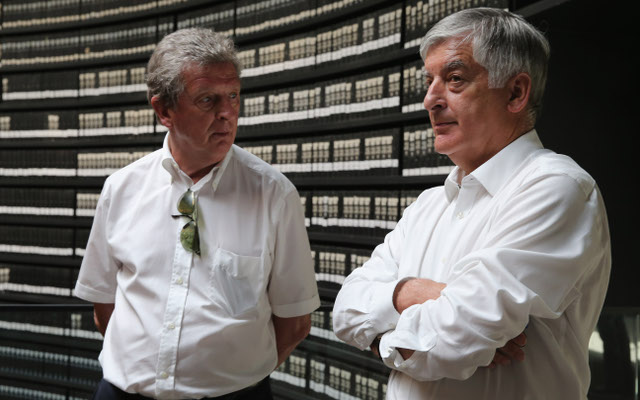 “There were four people who made this decision: one of them was myself, and I’ve been involved with running Manchester City for 10 years, and chairman of that club for five years, and have since been involved with the FA and Wembley Stadium; Sir Trevor Brooking, who has a lifetime in football and also managed, and done a great deal in football; Adrian Bevington, who has huge football knowledge, amazing football knowledge – he may not have managed but he has; and Alex Horne, the general secretary.

“We spoke to up to 20 people within the game, from right across the game: other managers, players, all sorts of people with great, great knowledge. I believe we did a very thorough job and I was very proud of the way we did it. It was done discreetly and professionally and I believe we ended up with the right choice.”

Asked if Redknapp was ever a candidate, Bernstein said: “I won’t answer that question.”