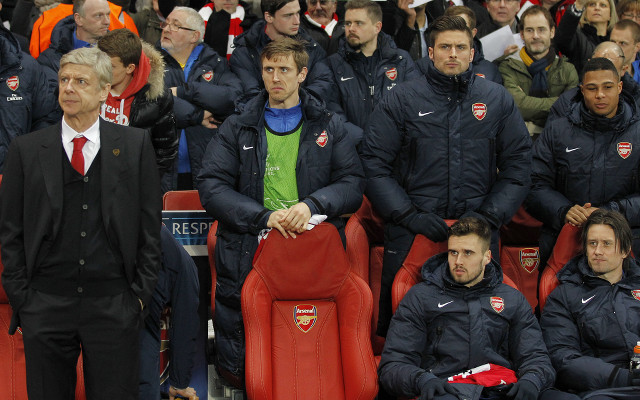 Arsene Wenger was again criticised in January for failing to add a striker to his squad but while Olivier Giroud remained fit and of sound mind, the Arsenal boss could easily dismiss the complaints. Now his first choice striker has succumbed mentally and possibly physically, Wenger is suddenly short of options and threw Yaya Sanogo in at the deep end against Bayern. The 21-year-old’s performance was admirable but asking such an inexperienced player to lead the line against the best team in Europe was hardly ideal. Only Per Mertesacker has made more appearances than Giroud this season and the club, fans and Wenger must be hoping the striker returns sooner rather than later.