Tim Sherwood’s Spurs can still finish in the Champions League places, despite a mixed season.

Two impressive wins against Everton and Newcastle have seen Tottenham move five points clear of the sixth placed Toffees and into contention for a spot in the Premier League top four.

Much-maligned head-coach Tim Sherwood has picked up 23 points from a possible 30 since taking charge and if all the clubs continued picking up points at the same rate since the 45-year-old’s appointment, the Lilywhites would actually pip Liverpool to fourth by one point!

5. The pressure is off 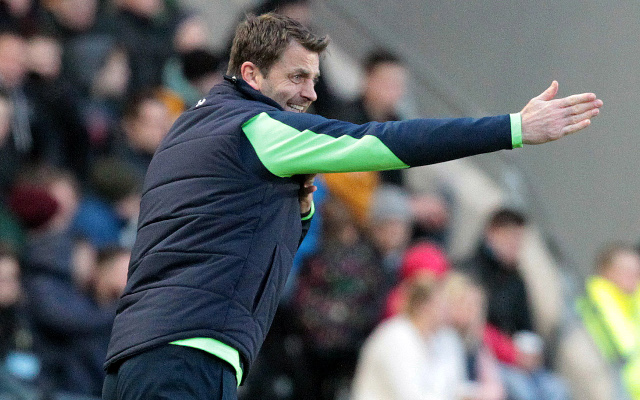 For the past few seasons, Spurs have entered the run-in as favourites for fourth place. Last term they boasted the league’s best player in Gareth Bale but blew a huge lead over Arsenal, while the season before Spurs squandered third place to the Gunners and suffered heartache when Chelsea won the Champions League. But with Liverpool playing scintillating attacking football led by their ‘SAS’ partnership and Arsenal currently six points clear of their bitter rivals in third, the pressure if off Spurs. Most pundits expected little from rookie boss Sherwood and many are still tipping the North Londoners to fall away when they face Chelsea, Arsenal and Liverpool in March; with the pressure off for once, Spurs may just flourish.