Arsenal must be too disheartened by the 2-1 defeat against Dortmund. We pick out five lessons the Gunners can learn from the match.

Mesut Ozil can be stopped 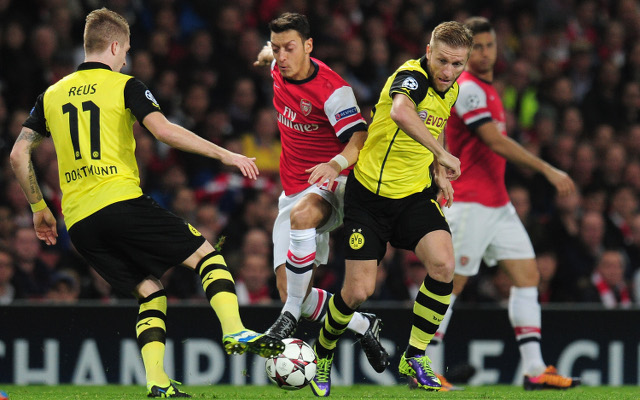 Ozil has been a revelation since arriving in the Premier League, looking worth every penny of the £42.3m Arsenal paid for him. But the German’s compatriot Jurgen Klopp, watching through the rain from the Emirates’ stands, found a way to stifle the playmaker; Dortmund denied the 24-year-old space to operate, limiting his influence and doubling up where possible. The Gunners have enough quality elsewhere not to rely on Ozil but their Premier League rivals will have watched with interest as Dortmund successfully marginalised the hosts’ biggest threat.

With all the fanfare around Ozil, it went relatively unnoticed that Arsenal signed another midfielder this summer, whose influence could prove every bit as telling as the German’s. Mathieu Flamini has been superb since returning to North London, offering the back four the kind of protection it has only received fleetingly in recent seasons – on the rare occasions Abou Diaby is fit. Flamini was sorely missed against Dortmund and both the visitors’ goals could be put down to an absence of a genuine defensive midfielder in Arsenal’s ranks.