The players the new United boss is looking to secure in the close season.

It’s set to be a summer of change for Manchester United under the guidance of new manager Louis van Gaal as they aim to improve on a disastrous 2013/14 campaign.

Last season was one of the worst the club has experienced in recent history, finishing with their lowest ever Premier League points tally and no Champions League football for the first time since 1995.

Van Gaal has been appointed to replace David Moyes and the current Netherlands head coach is expected to put his own stamp on the squad via the transfer market.

Here are five key signings for the Red Devils. 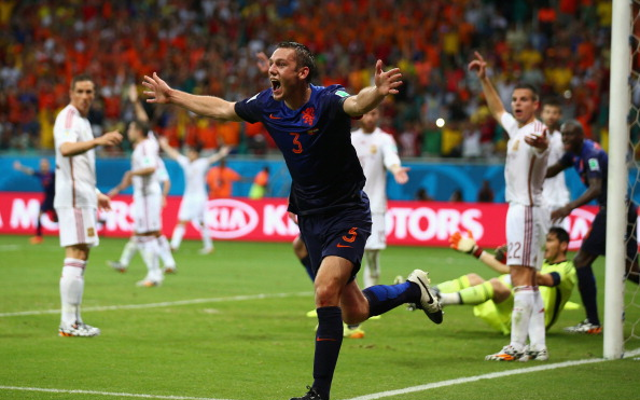 With van Gaal currently being in charge of the Dutch national team it is inevitable that the 62-year-old looks to the players under his guidance first.

De Vrij has been impressing at the 2014 World Cup, with the 22-year-old netting in his country’s 5-1 rout of Spain in their opener and the defender is a key figure in the starting XI.