Arsenal’s defensive frailties were exposed on Saturday, when they were lucky to escape their match at Goodison Park with a point, after a late comeback secured them a 2-2 draw against Everton.

The aging duo of Per Mertesacker and Laurent Koscielney are both approaching 30, and while youngster Calum Chambers has been impressive during the start of his Gunners career, Arsene Wenger’s squad are still in need of a new centre-back capable of replacing departed captain Thomas Vermaelen.

Here are five candidates that could fit the bill: 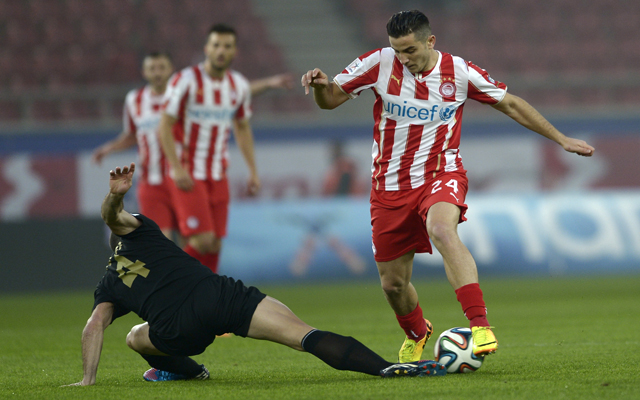 Arsene Wenger has been linked with a £6.5m move for the Greek defender, who is known for his strength and pace – an element lacking in Arsenal’s current back four. The 23-year-old played in every minute of Greece’s World Cup campaign, and was included on a list of the tournament’s 50 best players.