The Reds are desperate to improve their defence.

It has been a fantastic return to form for Liverpool in 2013/14, as under the guidance of Brendan Rodgers they finished second in the Premier League.

It means that the Reds will return to the Champions League for the first time in five years next season and the Northern Irishman will need to improve his squad before then.

One area that has been particularly disappointing for Rodgers’ side is defence, with their attacking style often meaning they leak lots of goals at the back.

There are question marks over the capabilities of both Daniel Agger and Kolo Toure and the boss is expected to bring in at least one new centre-back over the summer.

So here are five potential targets for the Merseysiders. 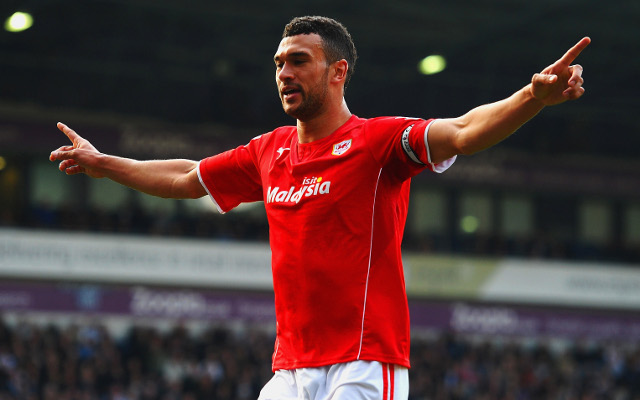 Only 12 months ago the club were told they couldn’t sign Caulker from Tottenham Hotspur and the 22-year-old joined Cardiff instead.

A year on and the Bluebirds have been relegated and there is a clause in Englishman’s contract that means he could be snapped up for £8m.

Caulker is young and has a history with Rodgers following a loan spell when they were both at Swansea City, but some doubt his defensive credentials.