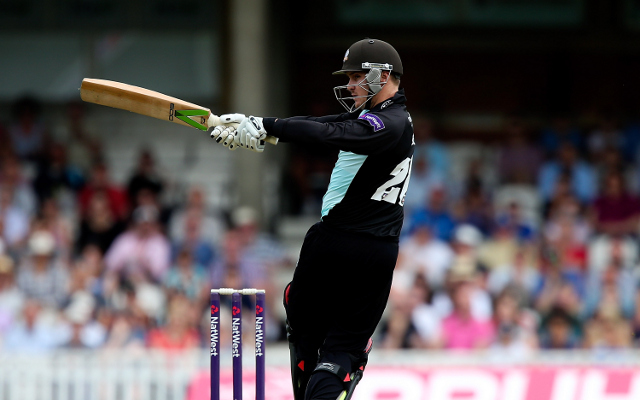 The Surrey batsman has been the star of this seasons T20 Blast, scoring nine fifties at an average of 48. He has been hugely destructive opening the batting for Surrey, often out-scoring his more vaunted team mates such as Kevin Pietersen and Tillakaratne Dilshan.

Roy will almost certainly be called up to England’s T20 side but arguably he should get an opportunity to play in the ODI side as well.

Roy has an ability to score quickly against the new ball and put teams under massive pressure at the start of an innings. He is able to hit sixes all round the ground and could become England’s equivalent to Aaron Finch.

An opening partnership of Roy and Alex Hales would also be very difficult to bowl at and could strike fear into bowling attacks around the world.

Roy could be one of the most exciting limited overs batsmen England have ever had and it could be a big mistake not to let him loose on bowling attacks at next years World Cup.