New York Mets starting pitcher Bartolo Colon is now 41 years old, but he has shown no signs of slowing down as he continues to be a reliable starter for the team.

Colon rediscovered his form in 2012 after years of struggling following an American League Cy Young award win in 2005 with the Los Angeles Angels.

He has been forced to bat for the Mets since they are a National League team, but Colon rose to the challenge against the Atlanta Braves with an RBI single.

This hit gave the Mets a 3-2 lead over the Braves, and Colon’s hit was hilarious as it featured his helmet falling off after hitting the ball. It was Colon’s first RBI since 2005.

The 285-pound pitcher continues to show that his weight should not fool anyone, and his age has still not been a problem since joining the Mets in 2014.

Here is a video of this RBI single that will amuse baseball fans. 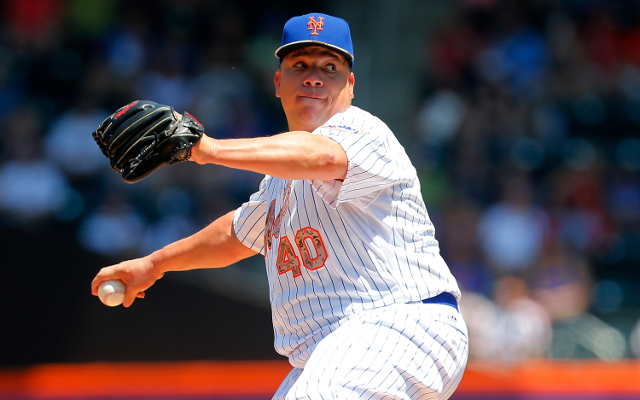