Despite Jamie Redknapp’s feverish prediction on Sky Sports News that Daniel Levy wouldn’t ‘be able to help himself’ on deadline, the Spurs chairman appears to have listen to his manager and did not make a single signing in January. 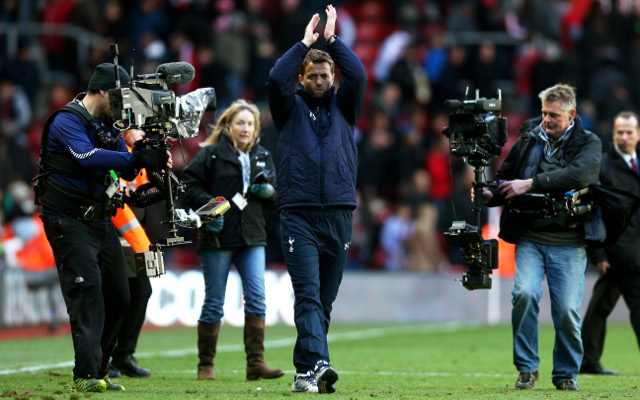 Opinion appears to be divided. While supporters were unhappy to see fan-favourite Lewis Holtby depart on loan to Fulham, it was pleasing that summer signings Etienne Capoue and Nacer Chadli remain in North London to fight for their places. The lack of incomings was disappointing but perhaps understandable, particularly given that Sherwood still appears to be manager on a trial basis and could be replaced by a more experienced head in the summer.

Spurs have again left themselves in a potentially perilous position and Sherwood has gambled on the fact that Rose and Adebayor will remain fit for the rest of the season. But there does appear to be sound logic behind Spurs’ lack of incomings.

By his own admittance, Sherwood is still getting to know his current squad and Spurs are still struggling to integrate their seven new summer signings. More new players means more time needed to gel and, realistically, there are no players Spurs could have signed this month who would significantly strengthen their first team. With Liverpool and Everton also failing to strengthen however, January will be viewed as another opportunity missed if Spurs fall just short again in the race for the top four.