After signing seven new players in the summer, it was a quiet January at White Hart Lane…

A left-back and a striker.

A burning desire for a new striker in January is a familiar sensation for Spurs fans. This season, Emmanuel Adebayor’s glorious return to the first team looked to have negated the need for another Louis Saha, but Jermain Defoe’s move to MLS next month will again leave the club short. A promising striker to back up the Togolese and misfiring Roberto Soldado seemed a priority but boss Tim Sherwood has hinted that wingers Nacer Chadli and Erik Lamela will be used up front when Defoe leaves for Toronto FC on 28 February. With Benoit Assou-Ekotto on loan at QPR and Jan Vertonghen visibly mutinous when asked to fill in at full-back, a new left back to provide competition for Danny Rose was also required. 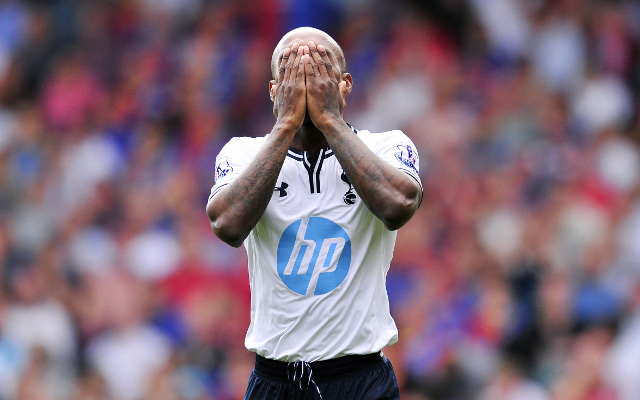 With Sherwood vocally insisting that his priority was getting injured players fit again, Spurs had a very quiet transfer window. The club were reportedly interested in a deal to re-sign Dimitar Berbatov, before the Bulgarian sealed a deadline day loan move from Fulham to Monaco, while there was also talk Spurs could hi-jack yet another Liverpool deal – this time for Yevhen Konplyanka of Dnipro.

A couple of Belgians – Toby Alderweireld of Atletico Madrid and Steven Defour of Porto – were also linked but Spurs interest never seemed serious, while a number of players based in Italy, including Freddy Guarin and Mirko Vucinic, were thought to be interesting technical director Franco Baldini.